Prof. Paolo Napoli on Law and Philosophy - with a focus on Charisma 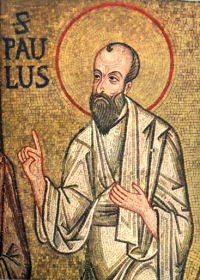 Here is a short abstract of this week's classes, provided by Prof. Paolo Napoli (don't get confused with names because of the picture here on the left...):

You may wonder why in a seminar about Law and Philosphy we should deal with the subject of "charisma". In fact, we have to understand charisma as a kind of normativity and, according to it, philosophy is just an attitude, a way to place oneself in the condition to reflect upon the relation between law and other kinds of social regulation. Philosophy is not a deposit of concepts and values which structure the theoretical basis of law. It's rather a way of problematising the "between" linking law and comparative normativities. "Charisma" is an ancient notion which was rediscovered by juridical, political and sociological thought at the end of 19th century. Since then, we have conceived "charisma" as a personified set of exceptional and supernatural qualities. How can we get rid of this current representation which seems to forget that charisma is primarily a normative function and not an personal substance?

Prof. Paolo Napoli is currently Directeur d'études at the Ecole des
Hautes Etudes en Sciences Sociales - EHESS, in Paris (since 2010),
where he directs the Centre d'étude des normes juridiques "Yan Thomas"
- CENJ. In 1987 he graduated at the Faculty of Law of the University
La Sapienza (Rome), with a degree thesis on power and law in Michel
Foucault's works. He afterwards began his research on the notion of
police during the modern era in Italy (CNR), France (EHESS), Germany
(Max Planck Institut für Europäische Rechtsgeschichte Frankfurt am
Main) and USA (Berkley). In 1997 he received his first Ph.D in Legal
philosophy at the University of Bologna and in 2002 he received a
second Ph.D. in Law and Social Sciences at the EHESS (Title of the PhD
thesis: La police en France à l'âge moderne (XVIII-XIX siècle).
Histoire d'un mode de normativité.
He is the author of many articles and two books:
- Naissance de la police moderne. Pouvoir, normes, société, La
Découverte, Paris 2003.
- Le arti del vero. Storia, diritto e politica in Michel Foucault, La
città del sole, Napoli 2002.
See also: http://lodel.ehess.fr/cenj/document.php?id=71
Posted by Dr. Angela Condello at 12:07 PM