EMANUELE CONTE and PAOLO NAPOLI on "Law and History/Philosophy" 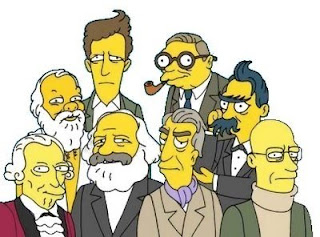 Dear all,
next week's classes (March 13-14-15) will be devoted to the in-depth analysis of the interactions between Law and History by Prof. Emanuele Conte, who will focus on the role of legal historical studies from the 19th century onwards. The classes will be enriched by the participation of Prof. Paolo Napoli (EHESS, Paris), who will teach, on Friday, a class on Law and Philosophy, with particular reference to the concept of Legal Geneaology.
Suggested readings:
- James Q. Whitman, "Bring back the Glory!", in "Rechtsgeschichte", 4 (2004), pp. 74-81.
- Mathias Reimann, "Nineteenth German Legal Science", in "Boston College Law Review", 31.4 (1990), pp. 842-897, especially par. II and III.
- Michel Foucault, "Nietzsche, la généalogie, l'histoire", Hommage à Jean Hyppolite, Paris, P.U.F., coll. «Épiméthée», 1971, pp. 145-172, available online: http://fr.scribd.com/doc/23506841/Foucault-Nietzche-la-genealogie-l-Histoire.
Prof. Conte's CV
Professor of Legal History at the Università degli Studi di Roma Tre and Directeur d'etudes at the Ecole des Hautes Etudes en Sciences Sociales (Paris).
He graduated cum laude in 1983 at the University La Sapienza of Rome, and received his Ph.D. in Medieval Legal History at the University of Milan. He has done research at the Max-Planck-Institut für Europäische Rechtsgeschichte Frankfurt am Main, and at the University of California at Berkeley.
He has held visiting professorships at Universitat Autonoma de Barcelona (Spain), the Ecole des Hautes Etudes en Sciences Sociales, Paris (France), the University of Paris II Panthéon (France), the University of Toulouse I (France), the University of Paris X Nanterre and the Ecole Normale Superieure Lettres et Sciences Humaines, Lyon. He has been visiting fellow at Berkeley University (US) and Cambridge University (Peterhouse).
He serves as a member of the board of direction of many academic journals and series in Italy, France, Spain, the UK.

He has given many papers and lectures in Italy, Germany, France, United Kingdom, USA, Switzerland, Finland, Denmark, Argentina and Spain. His books and other publications focus mainly on medieval and early modern legal history, on philology of legal texts and on the relationship between history and law in the 19th ant 20th century.
See also: http://lodel.ehess.fr/cenj/docannexe.php?id=324
Prof. Napoli's CV
Prof. Paolo Napoli is currently Directeur d’études at the Ecole des Hautes Etudes en Sciences Sociales – EHESS, in Paris (since 2010), where he directs the Centre d'étude des normes juridiques “Yan Thomas” – CENJ. In 1987 he graduated at the Faculty of Law of the University La Sapienza (Rome), with a degree thesis on power and law in Michel Foucault’s works. He afterwards began his research on the notion of police during the modern era in Italy (CNR), France (EHESS), Germany (Max Planck Institut für Europäische Rechtsgeschichte Frankfurt am Main) and USA (Berkley). In 1997 he received his first Ph.D in Legal philosophy at the University of Bologna and in 2002 he received a second Ph.D. in Law and Social Sciences at the EHESS (Title of the PhD thesis: La police en France à l’âge moderne (XVIII-XIX siècle). Histoire d’un mode de normativité.
He is the author of many articles and two books:
- Naissance de la police moderne. Pouvoir, normes, société, La Découverte, Paris 2003.
- Le arti del vero. Storia, diritto e politica in Michel Foucault, La città del sole, Napoli 2002.
See also: http://lodel.ehess.fr/cenj/document.php?id=71
Posted by Dr. Stefania Gialdroni at 5:34 PM