KAIUS TUORI on Law and Anthropology 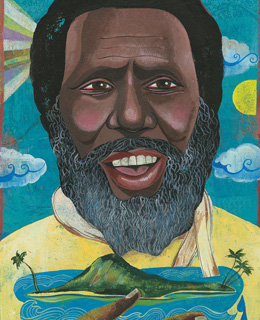 Illustration for TIME by Olaf Hajek


Dear students,
next week will be devoted to the issue of Law and Anthroplogy, with prof. Kaius Tuori from the University of Helsinki.
Abstract
Legal anthropology attempts to give a different view of law.  Through the examination of culture and tradition, legal anthropology has studied both the traditional others, such as indigenous peoples, as well as more familiar subjects such as Western lawyers. The lectures offer three viewpoints of law and anthropology, the first historical, the second and third contemporary. The historical part examines how lawyers and anthropologists struggled to study societies without law, whereas the second illustrates the tensions between traditionalism and the modern human rights discourse. The final instalment discusses the rights of indigenous peoples through the issue of land tenure.
Class Schedule
1) Legal Anthropology: Disputes and Culture
2) Claiming Rights Against Tradition: Activism in and around Science
3) How the Natives Lost Their Land: Customary Land Tenure and Colonialism
Each class consists of two parts: a) an introductory lecture, followed by a discussion, and b) a case study involving the reading material and discussion.
Readings
1) Bronislaw Malinowski, ‘Primitive Law and Order’, Nature 117 (1926), pp. 9-16
2) Sally Engle Merry and Rachel E. Stern, ‘The Female Inheritance Movement in Hong Kong: Theorizing the Local/Global Interface’, Current Anthropology 46 (2005), 387-409.
3) Pauline Peters, ‘Challenges in Land Tenure and Land Reform in Africa: Anthropological Contributions’, World Development 37 (2009), pp. 1317–1325.

Prof. Tuori's CV
Dr. Kaius Tuori holds a doctorate in Law and a M.A. in History from his studies at the universities of Helsinki, Finland, and La Sapienza in Rome, Italy. His research interests include legal history, Roman law, legal anthropology, and classical archaeology. In his work on intellectual history he has studied how modern law affected the history of ancient Roman law during the nineteenth century and how American Legal Realism influenced the study of early law during the mid-20th century. Currently he is finishing a book project on the early history of legal anthropology. He is now Academy of Finland Research Fellow. His work has been published in the Journal of Legal Pluralism, Law, Culture and the Humanities, The Journal of Legal History, Revue Internationale des Droits de l'Antiquite and the Legal History Review.
Posted by Dr. Stefania Gialdroni at 10:52 PM