JAN GADEYNE ON LAW AND ARCHEOLOGY

Dear all,
prof. Jan Gadeyne (Arcadia University) will introduce us, today and tomorrow, to the world of Law and Archeology.
First lecture: Rome in the 5th century AD: Looking for a new urban identity
Second lecture: Use and reuse in late antiquity Rome: The Arch of Constantine and the Church of Santo Stefano Rotondo 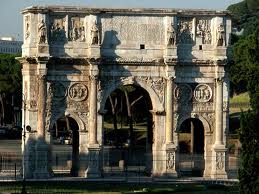 Jan Gadeyne's CV:
Jan Gadeyne has a PhD in Archaeology and Ancient Art History and an M.A. in Classics from the Katholieke  Universiteit Leuven ().  He also studied late antique art and archaeology at the Westfälische Wilhelmsuniversität Münster (). He came to in 1987 with a grant of the Italian government and studied early Christian Archaeology at the Pontificio Istituto di Archeologia Cristiana. Since 1988 he has been teaching for several American study abroad programs, including , and , and periodically lecturing for architecture programs, among them, of , of , Pratt Institute and . His courses embrace Ancient Roman Art and Architecture, Urban History of Rome in Antiquity and the Middle Ages, Late antique and early Byzantine Art and Architecture, Ancient History of Rome. Since 2005, he is co-director of the excavation of the Roman villa on the Piano della Civita in Artena (40 miles southeast of ). The title of his Ph.D. in Archaeology and Ancient Art History is “Function and dysfunction of the City: in the 5th century AD.” He has published papers on Roman lead seals and Early Christian apse mosaics, preliminary reports on the excavations of the Roman villa at Artena, and (forthcoming) an article on the urban history around the hospice of San Giuliano dei Fiamminghi, near Largo . He is currently working on the publication of his dissertation.

Posted by Dr. Stefania Gialdroni at 9:34 AM