MICHELE SPANO' ON LAW AND PHILOSOPHY

Dear all, next week we will start with two lectures on Law and Philosophy. Pay attention to the readings! 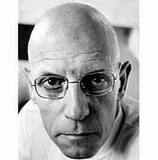 Lecture 1: Political Philosophy and Law: A Theoretical Introduction
In the first lecture I will try to sketch a broad theoretical framework on the relationships between (political) philosophy and law. Drawing on a scattered literature, I will propose to focus on legal procedures as a way to combine the most challenging theoretical description of power and political subjectivities with the sociological literature devoted to the so-called “judiciarization” of society. I will introduce some foucauldian concepts that make a different approach to law possible. I will consider law both as an ordering technique and as a transformative grammar and begin to introduce the foucauldian concepts of (neoliberal) governmentality and normative rationalities.

Lecture 2: Political Philosophy and Law: A Case
Drawing on the foucauldian concept of governmentality it is possible to set up an analysis of the great transformations undergone by the modern and western concept of representation. In a globalized world the politico-juridical vocabulary of modernity seems to be unusable to represent both emergent subjects and their claims. Class action taken as a juridical form is a powerful tool to rethink both the subjects and their claims beyond the horizon of modern politics. My aim is to show a way of politicizing legal procedures so that they can “produce” a subject capable to confront global challenges.

Michele Spanò's CV:
Michele Spanò (Rome, 1983) is Research Fellow at the Department of Law at the University of Turin. He is also Seminar Series Coordinator and co-convener with prof. Gunther Teubner of Foundations of Comparative Law at the International University College of Turin. He holds a Ph.D. in Political Philosophy at the University of Rome ‘La Sapienza’ and a Ph.D. in European Legal Cultures at the EHESS in Paris. He has been Agent Chercheur at the CENJ-Yan Thomas at the EHESS in Paris, Visiting Scholar at the Department of Anthropology at Columbia University in New York and Research Fellow at the Italian Institute for Historical Studies in Naples. He is member of the Editorial Board of ‘Politica & Società’ (il Mulino) and he writes for ‘il manifesto’ and ‘L’Indice dei libri del mese’. His research interests include the philosophy of Michel Foucault, governmentality, postcolonial studies and the relationship between legal actions and citizenship.
Posted by Dr. Stefania Gialdroni at 6:05 PM