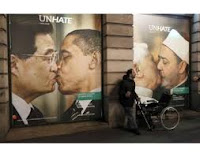 Dear sudents,
next Wednesday Prof. David Skeel (University of Pennsylvania Law School), will begin his week of lessons on the most important strand of the Law and the Humanities movement: Law and Literature. Don't forget that the class will start at 2:00 pm on Wednesday and at 10:00 am on Thursday and Friday.
See you soon

Prof. David Skeel's CV:
David A. Skeel is currently the S. Samuel Arsht Professor of Corporate Law at the University of Pennsylvania Law School (2004-), after having been Associate Professor of Law at the Temple University School of Law (1993- 1998) and Professor of Law at University of Pennsylvania Law School (1999- 2003) .
He is a graduate of the University of North Carolina (B.A. 1983) and the University of Virginia (J.D. 1987). His poems have appeared in Boulevard, Kansas Quarterly and elsewhere. He has written on law and literature or related issues for Columbia Law Review, Michigan Law Review, Legal Affairs, Wallace Stevens Journal, Philadelphia Inquirer, and other publications; and he served as an advisory editor of Boulevard in the 1990s.
He also is the author of two books:
- Icarus in the Boardroom: The Fundamental Flaws in Corporate America and Where They Came From (Oxford U. Press, 2005)
- Debt’s Dominion: A History of Bankruptcy Law in America (Princeton University Press, 2001) .
In 1999 & 2002 he received the Harvey Levin Award for Excellence in Teaching and in 2004 the Lindback Award (university-wide “Great Teacher” award).

For a complete overview on Prof. Skeel’s CV and his extensive list of publications see: